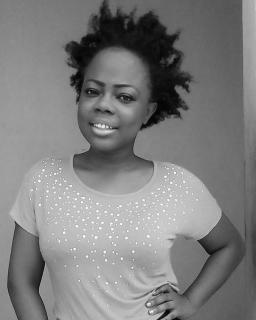 I cant remember anyone while growing up around me who embraced the idea of having natural hair.

Natural hair was scorned and majority of those who had it on, couldn’t wait to add relaxers on it. It was not like having it at that time was totally a bad idea but it wasn’t entirely accepted. A lot of folks would quickly term a girl with natural hair has been a spiritual sort of person, someone who knew God on a more intimate level and then put the girl whose hair has already been retouched as a bad girl, it was all about labelling people by putting them in boxes.

In those days, they were not even called ‘Natural hair’ but ‘Virgin hair’ and so once retouched they say you have dis-virgined your hair. its begs to question whoever coined such nonsense.

A lot of young girls couldn’t wait to retouch their hair including me whenever time and opportunity presented itself. One good reason was that there was little or no information about it and as such a lot of people didn’t know how to appreciate it.

We saw the hair as something painful, more like a burden and a curse and something to get rid off quickly and so the relaxers came in. Another thing, was majority of the hair salons at that time didn’t also help the situation – you walk in to the salon to fix your hair and next thing the hairdresser is asking you, why your hair is still retouched and how you should be thinking about putting relaxer in it.

This is not to in anyway to talk down on those who have chosen and will still choose to retouch their hair either by choosing to make it softer or by texturizing it.

I remember having a discus about relaxers with my mum while I was still retouching my hair and she said before the advent of relaxers there were stuffs called  ‘Hot comb’ or better still ‘Stretching comb’. She explained that these combs were put in hot substances and were then now used to comb the hair while still hot, this process would in turn help in stretching the hair, removing the kinky curls and puffiness even though this change would only last for a short while and then the hair is back to its original state. She stressed that this process also had consequences because if the hot comb is not applied on the hair with the right amount of heat then with so much heat the hair could catch fire and burn. Yet, a lot of young ladies and women during her time where not deterred by this, they wanted what they wanted by damning the consequences.

The thing is even with the positive natural hair movement going on, a lot of folks still say that their hair can still be healthy even with the relaxers in it while others argue that it cannot thereby creating a back and forth thing. This post is not in anyway to argue about whether your hair is healthy or not neither is it here to tell you about the what not of relaxers and texturizers but that you should be accepting of your hair and the intricacies that come with it.

This post is to tell you that whichever journey you choose for your hair and yourself you should make sure that you the one telling your story, not the stories that shaped us in the past making us think less of what we were given but redefining who we are by making new histories by loving and embracing it because it is yours. Therefore, own it.

2 thoughts on “Love it, Embrace it. Its yours.”